Indian Navy INET Syllabus 2021 PDF | Check INET Exam Pattern – INET Exam Syllabus will help you to figure out what is going to be asked in the exam. However, the pattern of questions can change on a yearly basis, but the core syllabus remains the same. If in any case, if the INET exam syllabus changes, the same will be notified here. INET 2021 question paper will be based on the topics covered from the all subjects 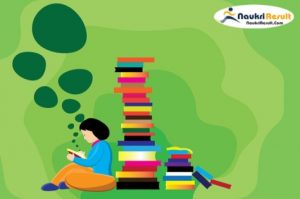 Indian Navy has invited applications for Short Service Commission (SSC) Officer Posts in Executive, Educational and Technical branches through Indian Navy Entrance Test (INET). There are a number of vacancies available for different posts in INET. This exam is open for unmarried male and female candidates. The examination is conducted in Online mode (Computer-based) and will have multiple choice based objective type questions. Negative marking is included in the scheme of valuation.

All the Selected Eligible Candidates Will Face the Exam Soon for INET. Exam Will be Conducted Soon. Exact Date of Examination Will be Provided Separately on the Official Website. More Details About the Exam is Provided Below.

As the time passing away the standard of competitive examination is raising with the time period rapidly. So, candidates also must have to pay more attention towards their preparation to give the best in their examination. Now, we are rendering the determined latest scheme of examination and syllabus for your best preparation regarding INET 2021

Candidates who have applied filled the applications successfully will need to give INET exam. The mode of communications used between the exam authority and the candidates will be online which means, candidates will receive the notifications about the exam via email or phone number.

Candidates will be shortlisted April 20, 2020, onwards at Bangalore (for Pilot & Observer candidates only) and at Bangalore/Bhopal/Coimbatore/Vishakhapatnam/Kolkata for other branches/entries.

Final merit list will be issued by the Indian navy based on the combined marks of INET and SSB. Candidates who will be declared medically fit will be appointed for the training as per all India merit based on the availability of vacancies in cadre/branch.

Selected candidates will be enrolled as officers in the rank of Sub-Lieutenant. Merchant Navy candidates who have Government of India, Ministry of Shipping & Transport Certificate of Competency (Foreign going) either as a Second Mate, Mate or Master will be inducted as Acting Lieutenant.

Following regulations, relaxations and guidelines will provide you with clarity about what is expected out of you before appearing for INET Exam.

All candidates who are recommended by the SSB will have to undergo medical as per the regulations of the Navy. No relaxations will be provided on medical grounds to any candidate.

Relaxation in Height and Weight

Candidates holding the domicile of certain specific states will be given a relaxation in height by the Indian Navy. You can read more about that on the official website.

Selected candidates will get a basic insurance cover up to INR 1 crore (when contributing) and gratuity will be granted as per the rules in the navy to the deployed officer.

When the candidates are on training, they will be granted leaves as per the Training policies. After their training when commissioned, the officers will have the entitlement to Annual and Casual leaves as per the extant regulations.

INET Books To Be Referred 2021