SSC CHSL Admit Card 2021 Out | Check CHSL Exam Date – Staff Selection Commission has released the admit card of the SSC CHSL Tier 1 for the Central Region for the students who have applied for the exam on the official website. The Admit Card links for all regions will be made available here once released officially. The exam will be conducted from 12th April to 26th April 2021 and for candidates who have opted for the West Bengal exam centre , the exam is going to take place on 21st May and 22nd May 2021. 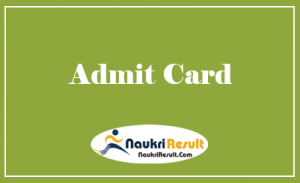 The selection process will have 3 rounds:

The CBE will have four subjects:

The SSC 10+2 Tier-II Paper will be a descriptive paper of 100 marks in Pen and Paper Mode. The duration of the paper would be for one hour. This paper has been introduced to assess the writing skills of the candidates which are necessary for govt jobs.

SSC LDC DEO (10+2) Tier-III of the exam would be the Skill Test/ Typing Test which would be of qualifying nature. The final merit of the successful candidates would be determined by the total score obtained by them in Tier-I and Tier-II.

After you download your admit card from the website, you must check whether the following details are correctly printed on the admit card. Any misprint or faults might result in further adversities.